December 30, 2019
I'm part of a really cool women in testing group and we have a chat called the gratitude jar. I really like this idea, but I felt like I needed to put mine in a more public place, and probably take up a lot more space that was polite if I posted in the chat.

First off I want to thank the whole Ministry of Testing team. Rosie, Richard, Sarah D. , Heather, Aine, Mark, and Vernon. You all have helped me in a lot of ways and I can't thank you enough for the support and continued trust you have in the work I'm doing for the group and outside of the group. I'm coming up on year four (I think that's right) working with you all as a part-time mini boss. It's been a wonderful experience. I've learned a lot about myself and those that I've worked with over the last few years. It's no small thing to say that my career has been heavily influenced by the group and the work I've done with MoT.

I'd like to thank Abby Bangser for being an amazing friend and mentor. Since we met at TestBash New York, it's been a hell of a ride and one that I appreciate even more now that we only manage to catch up every so often due to crazy busy schedules. To see your keynote at Agile Testing Days Germany this year was awesome. I am continually amazed at all the things you continue to do and very humbled to be your friend.

At TestingUy this year, I gave a talk to a huge audience while it was translated into Spanish. It was a first for me. Claudia Badell, who is an organizer of TestingUy, invited me to talk and trusted me even though I was a fairly new speaker. We have been friends since Agile Testing Days Boston, and I can't say enough about her infectious energy, courage, and genuine camaraderie. Thank you my friend.

To Janet Gregory and Lisa Crispin who have, hands down, influenced a large part of my 2019 journey. From working with Lisa at European Testing Conference and giving a workshop we originally gave at ATD Boston, (where they introduced me to Claudia) then they coached me through talking at TestingUy and I was able to assist Janet with the all day tutorial, by somewhat being the arms and legs for Lisa since she was unable to make the conference due to a broken leg. Then they were there again at Agile Testing Days in Germany helping and encouraging me. They both continue to help me along my career path and I'm forever grateful for the advice and patience they have show me and what they have taught me along the way.

To Hilary Weaver Robb who has been a an amazing friend and who has shown so much strength and dedication to her craft as well as to her family. To see her dream of a TestBash Detroit happen is pretty amazing and there was no way I was going to miss it. I'm in awe of you my friend. Keep going!

To Ash Hynie (artist formerly known as Ash Coleman); you out do yourself at every turn and when we first met and had a long talk at TestBash Philly, you were at a crossroads. I am so happy for you and happy to have met you. You are a huge inspiration and all around awesome. Also, you've given me the ability to never feel guilty for wanting a cookie.

Angie Jones; I remember the first time I heard about you. You were speaking with Maaret Pyhäjärvi on a program MoT had called Testing Gems. You are a force of nature and I can't imagine the software development space without your presence, your energy, and constant injection of good will and hope. Thank you!

My year really wouldn't be what it was at Unity without Alan Page. You put your trust in me and managed to help me trust myself when I'm pretty sure I didn't know what the hell I was doing. You've encouraged me, and kept me mostly sane through this first year. I am fairly certain if I had tried this management gig without your constant guidance and input, I'm pretty sure it wouldn't have worked out like it did. I don't know what the next year is going to bring, but know that I appreciate everything you've done to help me along the way.

Also want to thank Alan and Brent Jensen for the Modern Testing Principles. I developed a talk this year and have given it a couple of times about MTP. I feel like its one of my best talks yet. They really do resonate with a lot of people. Thank you for codifying the good stuff. I'm very much looking forward to seeing how it grows and works with different industries.

To my valentine gals Elizabeth Zagroba and Alex Schladebeck  - thank you for a wonderful evening and also thank you for all the encouragement and frank conversations. Still one of the best Valentines Days I've ever had and in an amazing place! My younger self would have been floored. Now I can only hope that kismet lets something fun like that happen again.

Marianne Duijst - thank you for all the conversations. We've been chatting since WeTest and I have appreciated every single conversation since. You are a giving person, super creative, and empathic to those around you. You've even helped me recently get some perspective that was immeasurable. I can't thank you enough.

To everyone I've met and spoken with at conferences or meetups this year, and the organizers that have invited me to talk. Thank You, Thank You, Thank You! Know that you encourage me to continue speaking and I am honestly humbled by the kind words and encouragement you all give me. Many Thanks!

To the Women in Testing Community - THANK YOU! The amazing support via chats and twitter have been epic. It's very much appreciated on a daily basis.

My very special thanks to Vernon, Elizabeth, Alex, and Marianne, for encouraging the non-tester part of my brain and taking a crazy ride via my first, serious creative project. Whether you make it all the way through or not, doesn't matter. Your willingness to try forever earns a debt of gratitude (and maybe a place on the dedication page) from me. 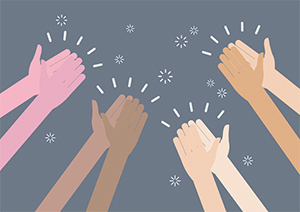 September 01, 2017
"I handed my passport to the immigration officer, and he looked at it and looked at me and said, 'What are you?'" - Grace Hopper (60 Minutes Interview) The Grace Hopper quote above always makes me think about my job as a tester. Companies that develop software know they need testers, but they generally have hard time figuring out what testers are and what skills they need in the role. There have many discussions about how testers can be more technical and at some point, coding comes up in the conversation. My response on twitter contained a few things on a list I have, which I created for a client, so they could have a checklist of skills. This checklist was a guideline to determine the skill level of the tester applicant. This is by no means a complete list and I would be open to additions to the list. Feel free to add those to the comments or tweet them to me. For clarity, I took the list of skills I had and broke them into levels. I like games and I lik
Read more

April 24, 2019
"You build on failure. You use it as a stepping stone. Close the door on the past. You don't try to forget the mistakes, but you don't dwell on it. You don't let it have any of your energy, or any of your time, or any of your space."  - Johnny Cash There are times when our work, as a team, as testers on a team can give us insight into how we can improve things for the overall success of the product. Often those things are issues or defects which can present themselves at the most inconvenient times, in the most inconsistent ways. When we can learn from them and improve things for everyone on the team, the team benefits. When the team owns the defects and the testing strategy, not only the testers, then customers benefit as well. I was working remotely verifying a release and only had simulators and emulators to work with as I was testing mobile builds. Often folks mistrust builds which only use emulated software and not real devices for fairly good reasons
Read more

It's not me, it's the songs.  I'm just the postman,  I deliver the songs....  - Bob Dylan Recently, I've had the chance to work on a project with some other awesome folks which has involved creating a BFF - A back end for front end service. This allows the app to access several API and aggregate calls into something the app can use, or lets the app send information to the BFF for several APIs to receive. Part of the code coverage for the BFF was creating some simple tests with Postman around the business logic and interactions. Learning About Postman I did lots of reading. Lots of reading how others has done things (Danny Danton - big props for being a super help!). Eventually, I came down to a small set of tests which could give us some accuracy about our BFF pipeline and the APIs we were accessing with it. Postman has a couple of options for this, global variables, environmental variables, and plain variables. One of the first problems I came across w
Read more